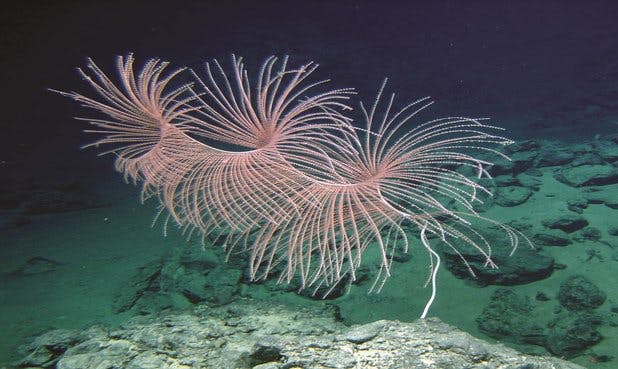 The deep seas are hot spots for biodiversity with many unique habitats including deep water coral, seamount and hydrothermal vent ecosystems. Sparse information exists to understand the repercussions of disrupting these deep ecosystems through mining. However, exploration for deep sea mineral deposits in these habitats is well underway, with the first commercial deep sea mining operations likely within the next few years. The International Seabed Authority (ISA), the UN body established to regulate mining in the international areas of the world’s oceans, has begun drafting a set of commercial mining regulations. Much of the ISA discussion is dominated by the financial, technical and legal agendas of countries and companies interested in deep sea mining; it will be important to ensure that potential environmental impacts are properly assessed and regulated effectively.

The DSCC project will work alongside the ISA with activities including strengthening the emerging seabed mining regulations, improving transparency in decision making at the ISA, and securing no take mining areas in the international areas of the world’s oceans to protect biodiversity.