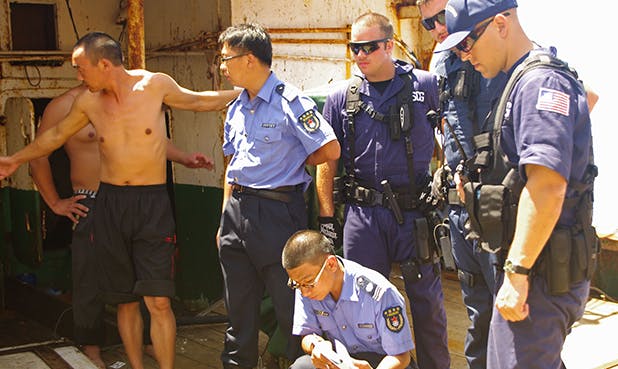 Oceans 5 is supporting three organizations in a coordinated project to combat Illegal, Unreported and Unregulated (IUU) fishing within the national waters of Costa Rica, Panama, Colombia, and Ecuador, including a particular focus on the marine reserves of Coco’s, Coiba, Malpelo and Galapagos Islands.

The Eastern Tropical Pacific (ETP) is an area of immense ecological value that is plagued by illegal fishing.   Three of the region’s four countries have been identified by the United States as candidates for sanctions because of illegal fishing.  One country was similarly cited by the European Union.   Recently, the Presidents of two countries pledged significant new actions to combat illegal fishing, while officials in the other two also made substantial commitments.  All countries pledged to implement a new international treaty designed to combat IUU fishing activities.

Oceans 5 expects to provide 3 years of funding, which began in 2012.