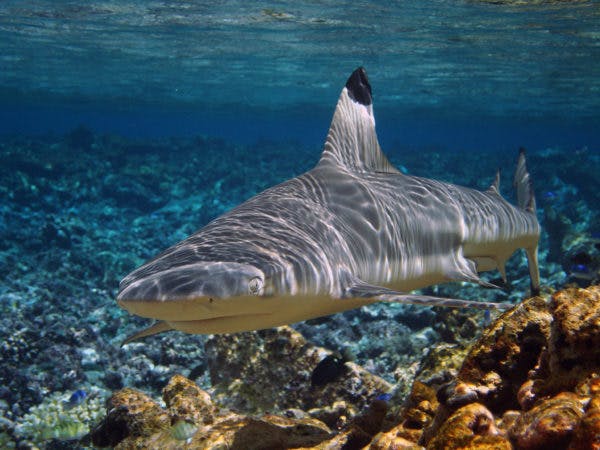 Oceans 5 is a member of the Shark Conservation Fund (SCF), which is a philanthropic collaboration with Paul G. Allen Family Foundation, Paul M Angell Foundation, Leonardo DiCaprio Foundation, Moore Charitable Foundation, and the Volgenau Foundation. The SCF is focused on halting the overexploitation of the world’s sharks and rays, reversing declines, restoring populations, and preventing extinctions.

Sharks and rays represent one of the oldest and most diverse group of animals on earth. These cartilaginous fish play important ecological, cultural and economic roles in our oceans and coastal communities. One quarter of all shark and ray species are threatened with extinction and millions are killed annually for their fins, meat, leather, liver and gills. This crisis represents a growing threat to the health and well-being of the oceans and the billions of people that rely on them for food and employment.

The SCF recognizes that major investments are needed in conservation science, policy, advocacy, communications, and capacity-building to reduce mortality of sharks and rays and ensure their recovery, and sustainable management.  Its objectives are:
1.            Ensuring the effective regulation of  global trade of shark and ray products through listing the top species of sharks and rays in global trade on the Convention on International Trade in Endangered Species of Wild Fauna and Flora (CITES) and implementing those listings;

2.            Preventing the extinction of the most imperiled sharks and rays by enhancing legal protections in priority countries and through international forums; and

3.            Combatting unsustainable shark and ray fishing globally through the adoption and implementation of conservation and management measures through international forums and in priority countries.