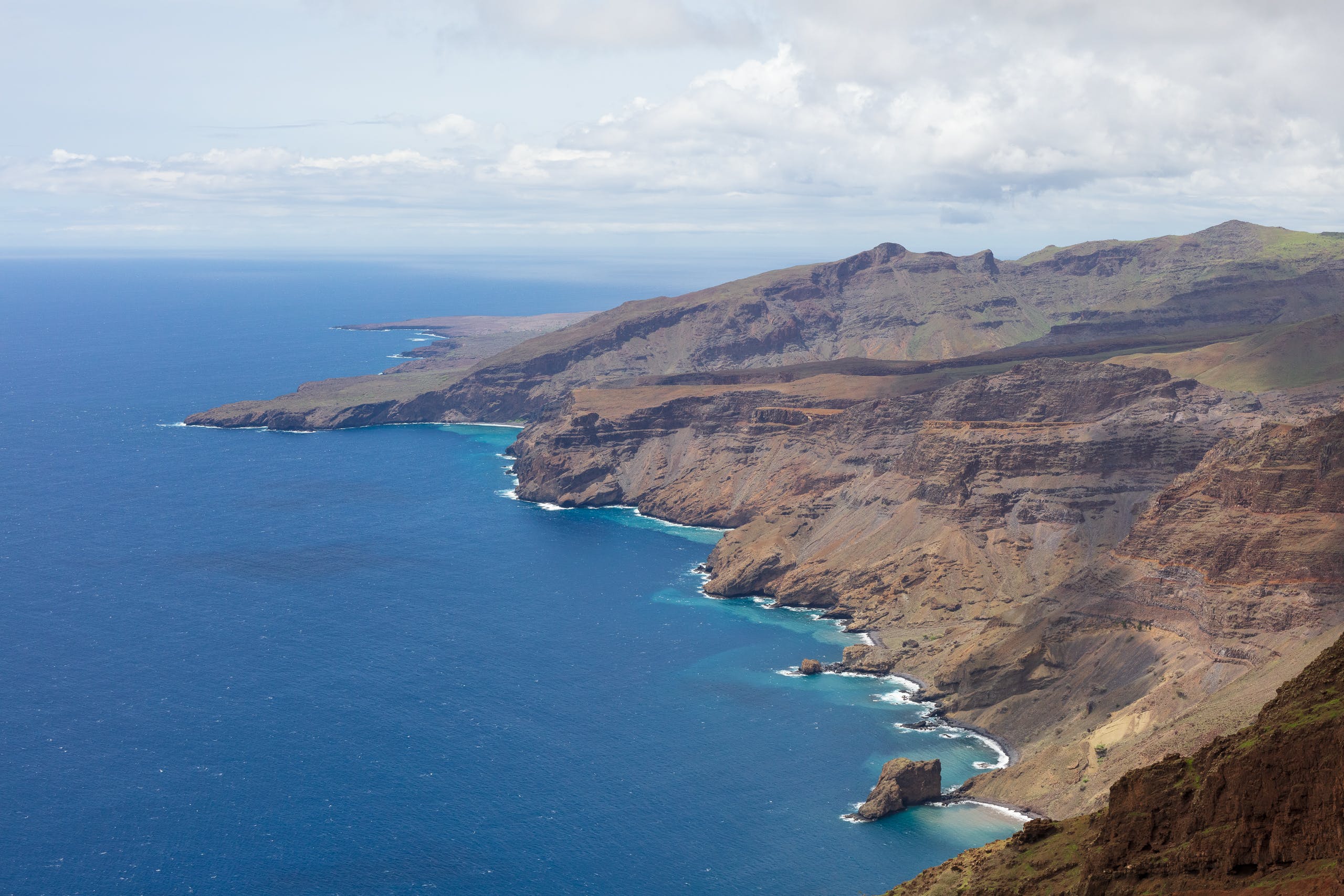 Protect the Protected Area of Baía do Inferno, Cabo Verde

The MPA of the PNBIMA and the coastal cliffs of the Baía do Inferno, is a very rich and simultaneously unique coastal ecosystem in the archipelago of Cabo Verde, West Africa. Its biological value is already, in part, internationally recognised, because in 2001 the area was classified by BirdLife International as an Important Bird Area (IBA) and in 2016 as a Key Biodiversity Area (KBA). The international IBA/KBA name and code are: “Coastal cliffs between Porto Mosquito and Baía do Inferno” - CV003. The site is the home to one of the most important colonies of seabirds in Cabo Verde, including the largest nesting population of the brown booby (Sula leucogaster) in the archipelago, and one of the largest breeding populations in the archipelago and in all of West Africa of the red-billed tropicbird (Phaethon aethereus). Endemic species such as Cabo Verde Shearwater (Calonectris edwardsii), Boyd’s Shearwater (Puffinus lherminieri boydi) and Cape Verde Storm-petrel (Hydrobates jabejabe) are also frequent. Immediate direct threats to the bird colonies include predation by invasive species, such as cats, rats and mice, and occasional human capture of eggs and new-born specimens. Other direct threats include the scarcity of food (fish) in the bay, as a consequence of overfishing, and increased mortality associated to abandoned fishing nets and lines, and plastics on the seawater. In that concerns marine biodiversity, catching of sea turtles, as well as shark and tuna overfishing, are recognized menaces. An emerging threat is related to the increasing offer of ecotourism activities such as unregulated wildlife observation activities (birdwatching and whale-watching).

The MPA of Baía do Inferno is also an important fishing spot for the artisanal fishermen of the communities of Porto Rincão and Porto Mosquito. However, unsustainable fishing methods (for example, longlines) have been practiced and also the frequent capture of protected and threatened species (sea turtle, seabirds, sharks and rays).

Thus, the existence of a PNBIMA’ Management Plan (MPA included) and its implementation are fundamental and urgent. It should be a high quality management plan, based on solid and up-to-date information, which points to viable and robust responses to the multidisciplinary needs of the protected area. It should also be a management plan produced by specialists of recognized competence, and resulting from an in-depth debate with fishermen, since they will be the ones who will have to understand, accept and respect the rules that will be suggested in the management plan itself. A strong component of environmental awareness, of fishermen and the two communities as a whole, will also be decisive for the management plan to be successful, for marine resources to increase, for poverty to be reduced and for seabirds to have greater possibilities to last in time.

The project has three fundamental objectives: to protect and reinforce marine biodiversity, and to ensure the long-term survival of the key marine species (seabirds, sea turtles, dolphins, whales, threatened fish species, etc). To fulfil it, it is crucial the existence of the PNBIMA’ Management Plan, understood as a tool to achieve the objectives described above. It is also crucial that the management plan will be understood, accepted and respected by the people of Porto Rincão, Porto Mosquito and Entre Picos de Reda. Additionally, for the conception and elaboration of the above mentioned management plan, it is essential to have detailed, true and up-to-date base information. Finally, the team responsible for this application assume as another crucial priorities to be fulfilled during the process of the preparation of the management plan: the dialogue with the fishing communities of Porto Rincão and Porto Mosquito, the debate of ideas on the best solutions to increase MPA's fishing resources and biodiversity, and the practical implementation of the concept of sustainable fishing.