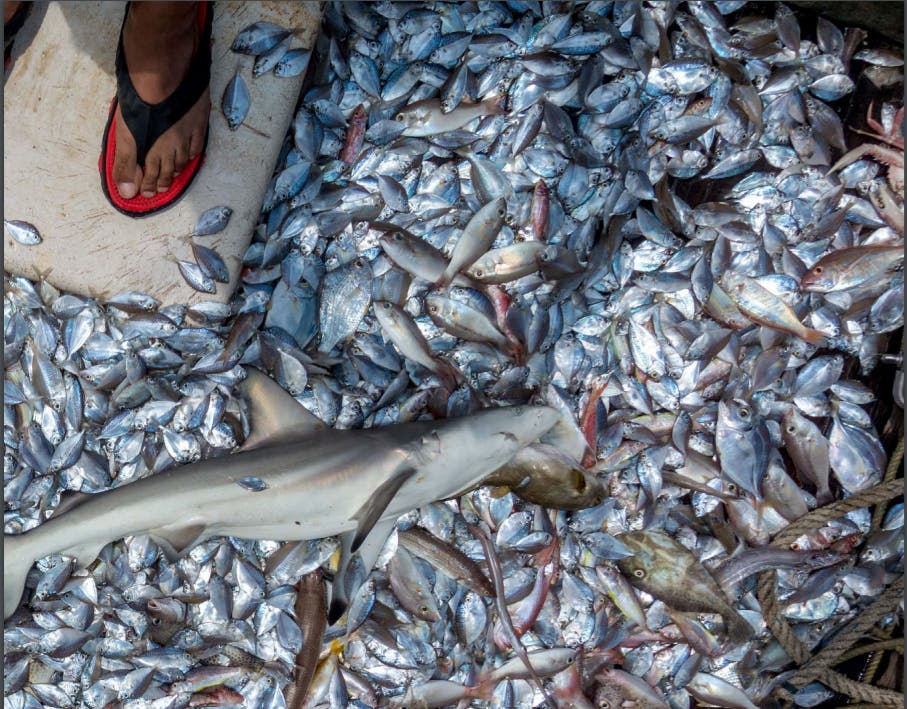 Oceana, WWF, and CSIS propose a three-year project to combat illegal, unreported, and unregulated (IUU) fishing and to incentivize the adoption of sound fisheries management and labor practices on the water and across supply chains. The US is the largest single nation market for imported seafood, importing 90% of the seafood consumed domestically. Up to 1/3 of wild caught imports to the United States are estimated to have been stolen from the sea worth approximately $1 billion a year.

Staff reflected in this proposal, with Oceans 5 support and leadership, were instrumental in standing up first of kind regulations in 2016 to break the link between the US market and IUU fishing. The time has come for the next leap forward. Oceana, WWF, and CSIS propose three streams of work:

• Improving tools for US leadership and diplomatic pressure;

We intend to maximize existing US law to create a system that will employ trade sanctions as a motivator for nation-level change and to pursue a formal MOU between the US, EU, and Japan to ensure complementary, anti-IUU approaches. We will strengthen the existing US regulations through modern, data-driven approaches, will ensure that regulations apply to all imported seafood, and will open the door to transparency through mandatory use of AIS. Finally, we will build solutions across both objectives capable of simultaneously deterring IUU fishing and human rights abuses and promoting adoption of best practices. Our groups realize that both issues require serious attention and that one problem cannot be solved without addressing the other.