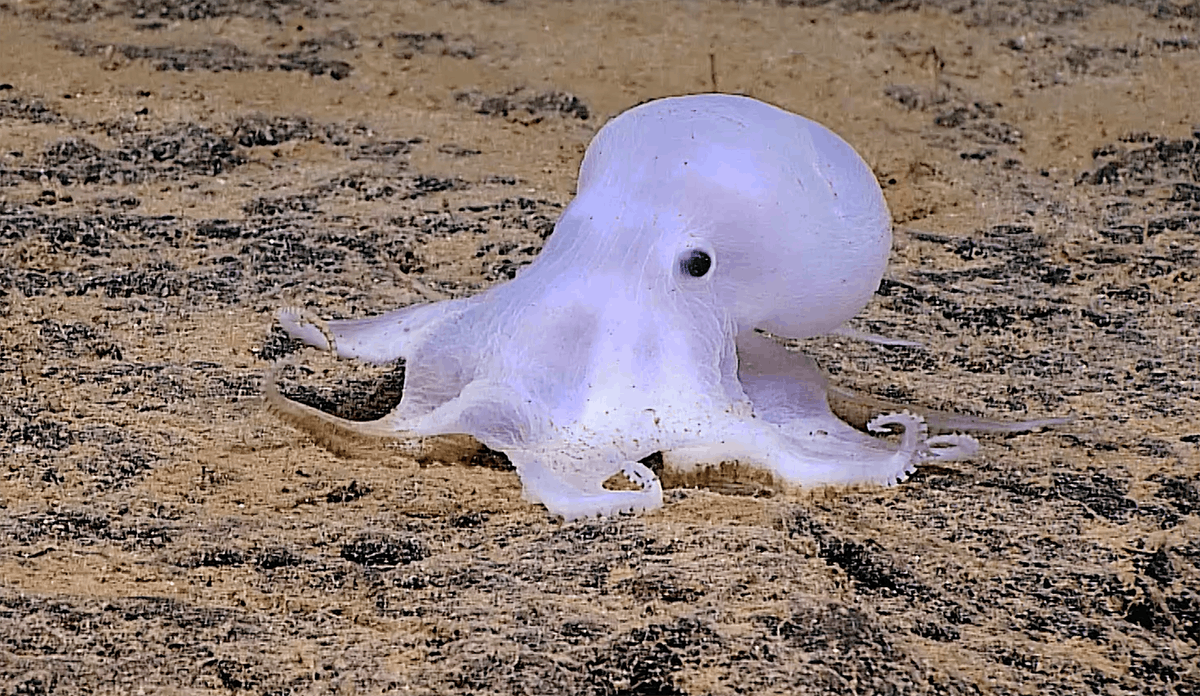 Campaign for a Global Moratorium on Deep Seabed Mining

Image courtesy of the NOAA Office of Ocean Exploration and Research, Hohonu Moana 2016

The deep sea makes our planet habitable. By volume, over 95% of the areas of the planet that can support fauna are in the deep sea. Scientists have discovered an extraordinary wealth of unique biodiversity that becomes richer with every deep-sea research expedition. Moreover, up to half of the carbon dioxide that people have put into the atmosphere has been absorbed by the deep sea. Yet only 1% of the deep ocean floor has thus far been explored and the vibrant and often fragile deep-sea life is under threat from a range of human activities. While some protections have been achieved, most of the deep sea remains vulnerable to a growing footprint that includes destructive fishing practices, pollution and climate impacts. On top of these cumulative stressors, the emerging industry of deep seabed mining now poses one of the greatest direct physical threats to the health of the deep ocean and the planetary life support systems that it provides.

Momentum to mine the seabed has built rapidly in recent years, driven in large part by key countries and companies and the Secretariat of the International Seabed Authority (ISA). A number of proponents have argued that demand for minerals for renewable energy sources and battery storage power should be met from new sources of metals in the deep sea. The ISA is a multilateral regulatory body established under the 1982 UN Convention on the Law of the Sea. Its role is twofold: to regulate States’ mining activities in the deep seabed beyond the limits of any state’s continental shelf and to effectively protect the deep sea environment. To date, the ISA has issued 30 exploration contracts for mining, covering over 1.3 million square kilometers of the deep seabed and creating the largest potential set of mining operations ever. These mining companies, and the handful of countries that sponsor them, are increasingly emphasizing their plans to commence large-scale testing in the near-term. They are pushing for finalization of exploitation regulations that would give a “green light” to their commercial operations. Once the ISA granted the first contract for exploitation, it would be difficult - if not impossible - to prevent them from handing out more. The current discussion on the governance regime therefore offers a window to hold a public and political debate around the presumptive need to open a new frontier of environmental degradation and possible extinction events across wide swathes of the deep sea.

Scientists have warned that deep-sea mining would cause permanent loss of biodiversity in the deep sea but the scale of the loss is currently unknown. We do, however, know that if unleashed, mining would pose a serious threat to the deep-sea environment and be in direct conflict with SDG 14 and other political commitments for the protection of biodiversity and the marine environment. In the context of simultaneous crises in climate, biodiversity loss and human health, we have a rare opportunity to press 'pause' on a damaging large-scale exploitative industrial activity before it has begun.

Therefore, the Deep Sea Conservation Coalition is calling for a global moratorium on deep seabed mining; the adoption of seabed mining regulations for exploitation (including the ISA's ""Exploitation Regulations”); and the issuing of exploitation and new exploration contracts, unless and until:

1. The environmental, social and economic risks are comprehensively understood;

2. It can be clearly demonstrated that deep seabed mining can be managed in such a way that ensures the effective protection of the marine environment and prevents loss of biodiversity;

3. Where relevant, there is a framework in place to respect the free, prior, informed consent of Indigenous peoples and to ensure consent from potentially affected communities;

4. Alternative sources for the responsible production and use of the metals also found in the deep sea have been fully explored and applied, such as reduction of demand for primary metals, a transformation to a resource efficient, closed-loop materials circular economy, and responsible terrestrial mining practices;

5. Public consultation mechanisms have been established and there is broad and informed public support for deep seabed mining, and that any deep seabed mining permitted by the ISA fulfills the obligation to ‘benefit (hu)mankind as a whole’ and respects the Common Heritage of Mankind; and

6. Member States reform the structure and functioning of the ISA to ensure a transparent, accountable, inclusive and environmentally responsible decision-making and regulatory process to achieve the above.