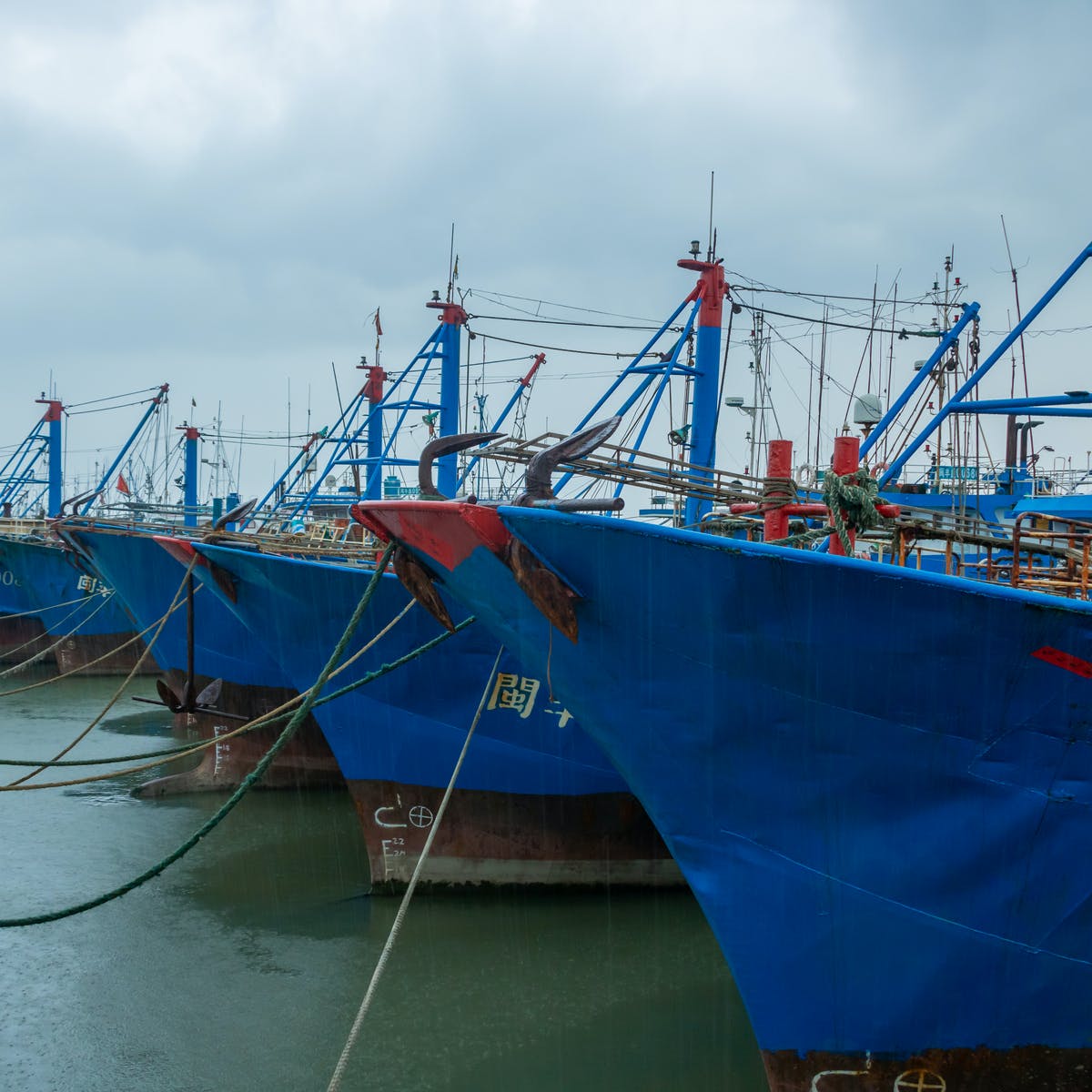 A recent Stimson report identified a lack of transparency across the global seafood supply chain and described distant water fishing (DWF) as an opaque system with little information about where fleets go, what they catch, and how fish is shipped to market. In addition, labor practices, vessel ownership, and fish access agreements between flag states and coastal states remain shrouded in secrecy. The clandestine nature of the industry has led to illegal, unreported, and unregulated (IUU) fishing and other illicit activities that threaten the long-term sustainability of fisheries resources and the economic, food, and environmental security of coastal countries. In West Africa alone, IUU fishing robs coastal states of $2.3 billion a year and has contributed to the loss of 300,000 jobs.

China is the top DWF nation, comprising about 40 percent of global DWF operations. Their expansion is transactional, driven by a combination of economic opportunity, weak enforcement capacity in host nations, and a desire to enhance their geopolitical reach by expanding the maritime component of China’s Belt and Road Initiative (BRI). China continues to expand its fleets and construct new fishing bases throughout West Africa. These efforts lack transparency and China’s government has been reluctant to police its DWF operations. Despite growing concerns from local fishing communities and African governments about lost resources, leaders are often reluctant to press Beijing to police its fleets due to concern over other economic support from China.

Further, government to government negotiations can be slow and difficult. Yet engagement between West African coastal states and China is needed to reduce these negative impacts. Any solution to combat IUU fishing in West Africa must include China. Similarly, any solution to the threat posed by DWF must include local stakeholders. To pave the way for change, the Stimson Center proposes a track II dialogue with members from West African states (from the Economic Community of West African States or ECOWAS, and the Economic Community of Central African States, or ECCAS) and Chinese civil society who are well-respected by their governments, to facilitate discussion on fishing transparency. The dialogue will culminate in a set of mutually agreed upon recommendations that will be presented to the governments of China and West African coastal states by dialogue participants and at international fora. By engaging trusted experts from China and across West Africa, this dialogue aims to increase transparency across the DWF industry. It will lead to better fisheries management and greater economic sustainability for fisheries-dependent communities, while reducing harmful IUU fishing.

During the first phase of the project, the team will work with in-country partner NGOs, industry, local government, and academia to conduct research, frame the issues and identify key local players in preparation for the dialogues. The second phase will include two dialogue meetings, one in Accra, Ghana and the other in Shanghai, China that will culminate a set of mutually agreed upon principle and recommendations for both China and West African coastal states. In the final phase, dialogue participants from West Africa and China will join the project team to present the recommendations to the Chinese government, forming the basis of a final report for coastal West African governments and to be presented to key U.S. stakeholders in Washington, DC and at the UNFAO in Rome.